Toronto folk band Wild Rivers reached out to me to work with them again, this time on an image for a new single they were aiming to release about a week later before they headed down to Texas for SXSW.

During our initial conversation, they had a rough demo to send and some lyrics, but were still in the studio so nothing was totally final. We talked about the inspiration of the song, and where they were as a band and kind of winded up on the road trip idea. Maybe it was the looming multi-day drive down to Austin on their minds, but the conversation kept turning back to the idea of the car ride on a long trip being just as important as the destination. Road trips are not a race, the long drive with your favorite people is the reason for the trip! 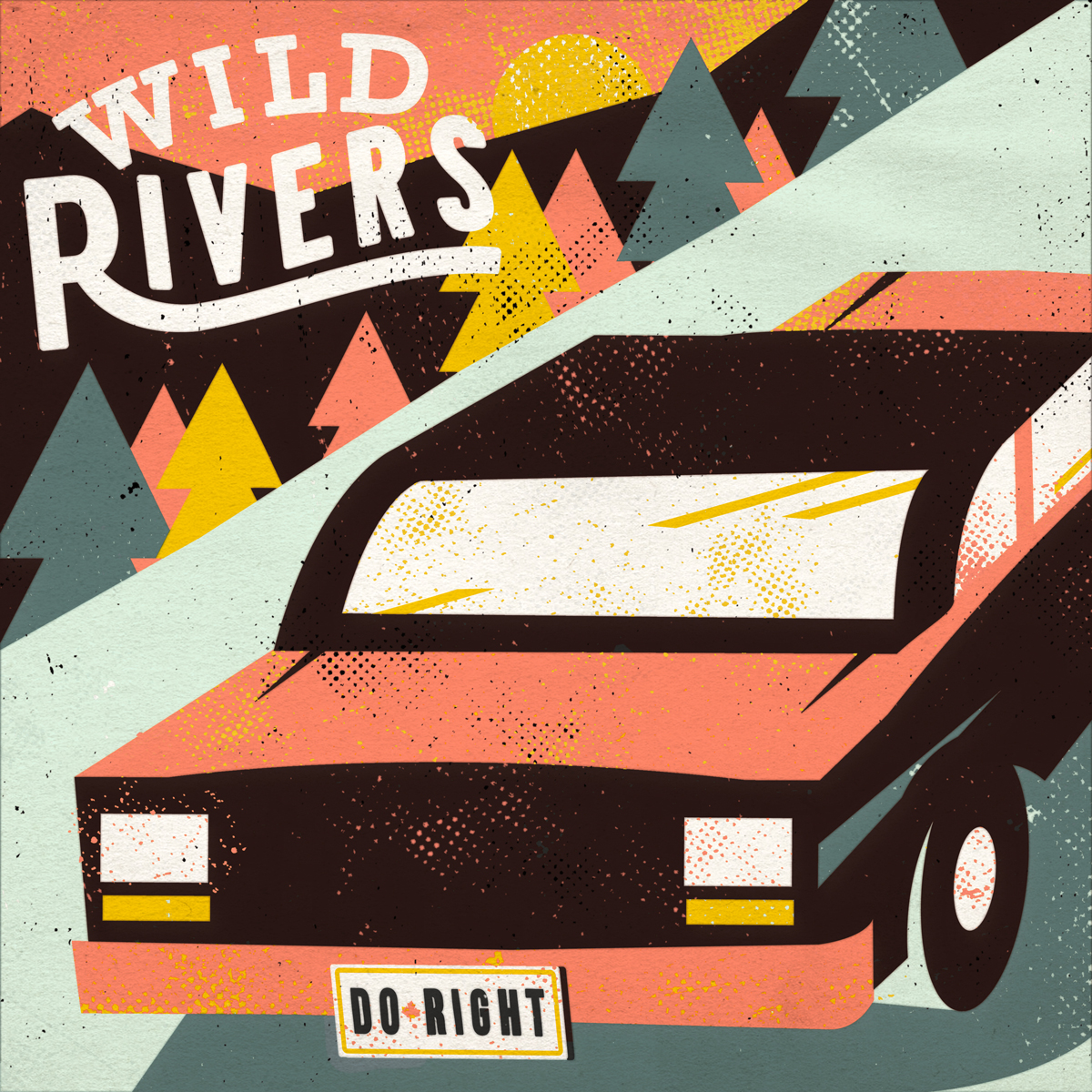