Its that time of year again, tis the season for the annual HS Doc Club Holiday Party. This years event will pair Mitchell Kezin’s Christmas Song documentary with an after hours party at Hot Docs Ted Rogers Cinema. For the event poster I aimed to simply combine those two things in an interesting iconic image. Swapping out a traditional wreath with a coloured vinyl record with a bow and some Christmas lights, I feel like both the subject of the film and the tone of the party are equally represented. Like some of the previous showcase screenings at the Hot Docs Ted Rogers Cinema, 50 posters were printed and given away to the first people to the screening. 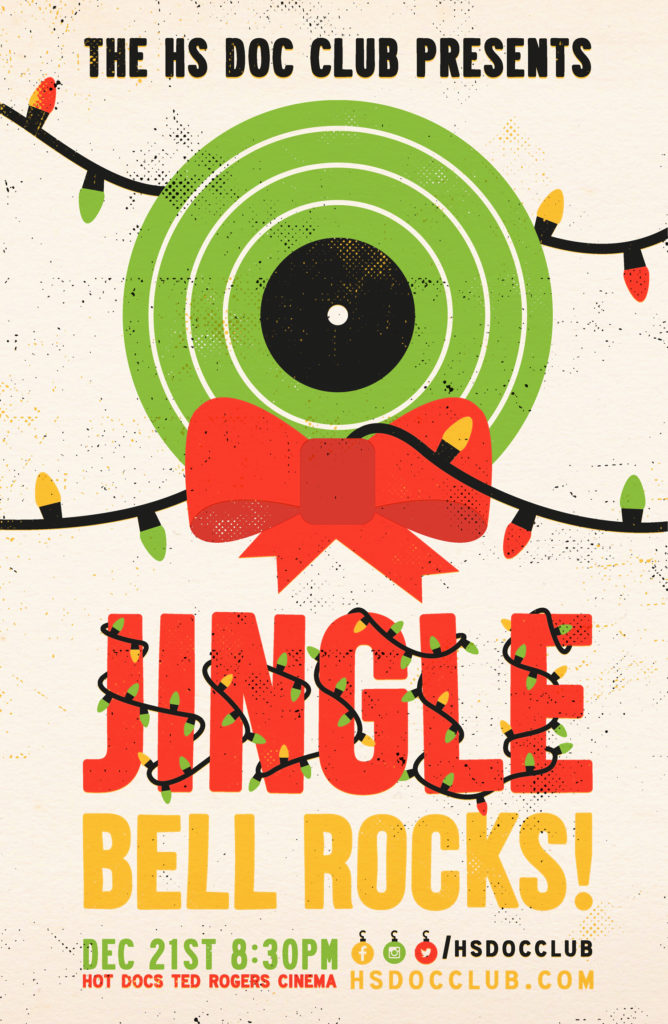 I also created a short looping animation to screen before the film while people are taking their seats. In the film biz these are traditionally called “Dead Cards”, because they are a single frame but hold on screen for long amounts of time. Because Im hilarious, I called mine an UnDead card because its animated, again very hilarious.

For more info, as always check out HS Doc Club 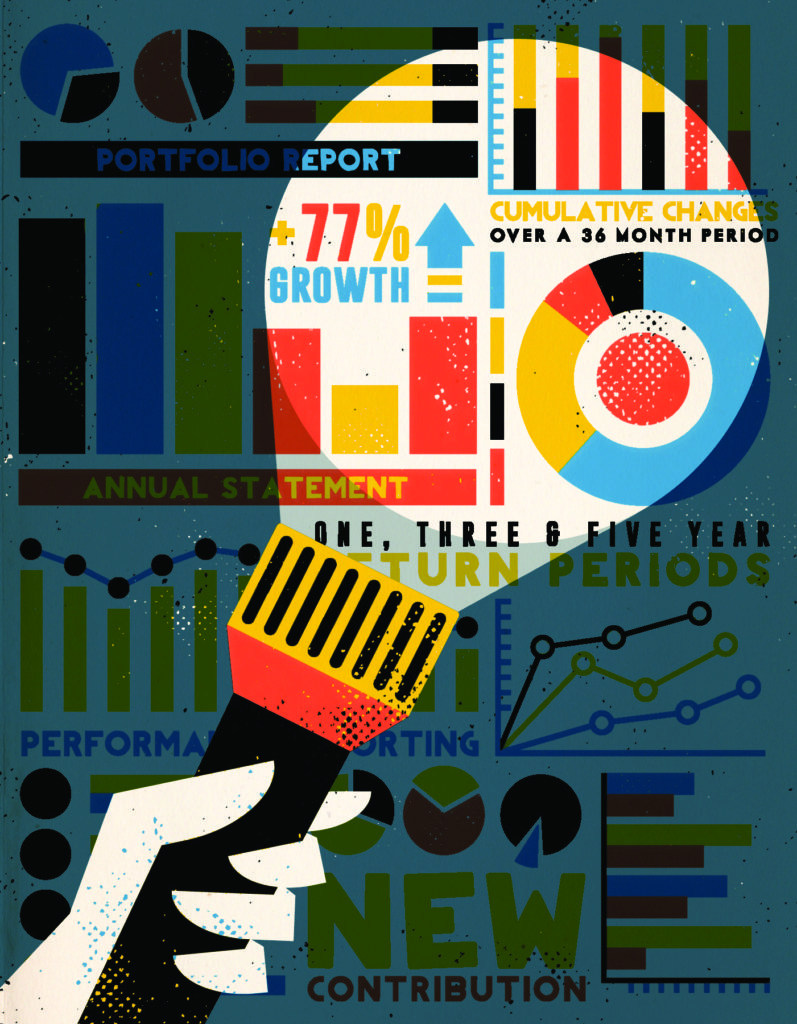 Grateful for the opportunity to do an illustration for Money Sense Magazine. The article I was assigned was about how some of the most widely used financial planning software weren’t the most user friendly programs to use. Often times users are given so many pieces of information that decision making is actually impeded rather than streamlined.

I pitched a few ideas focusing on people using over complicated machines and ideas relying on the decision making process, but ultimately we decided to go with a more simple approach (fitting). The final shows a hand and flashlight highlighting a small portion of an info graphic. The section the user sees is positive, but some of the figures just outside their line of sight show a more complicated and possible negative interpretation of data.

Heres a link to the full article Money Sense Magazine

The HS Doc Club is changing things up this month, instead of a film they are organizing an election viewing party. Political posters have always been a great source of inspiration and motivation for me, so I jumped at the chance to create something special. Using a very Americana colour pallet and type, I created this poster showing an over sized hand putting a ticket into a White House shaped ballot box. Very simple solution, but gets straight to the point.

This month the HS Doc club is showing Angry Inuk, a new doc showing the Native side of the seal hunting ban. That’s right, a pro seal hunting movie. Controversies aside, I wanted to make an image that showed the seal in both respect and sadness.

Im quite happy with the illustrated solution I came up with, probably my favorite HS Doc poster so far. The icy landscape is in the rough shape of a seal with the head haloed by the setting sun, with the abstract reflection implying blood in the water. The canoe based hunters are returning to land with their catches, providing for their families. The intent was not so much as to show a dieing seal in the water, but an ingenious community living off the land and traditions that have supported them

“In her film Angry Inuk, Inuit director Alethea Arnaquq-Baril joins a new tech-savvy generation of Inuit as they campaign to challenge long-established perceptions of seal hunting. Though most commercial sealing is conducted by Inuit in the Arctic, anti-sealing activism has created a perception of the industry that denies their central role in the sealskin market. To reinsert themselves into the international discussion, these Inuit activists must inconvenience the fundraising campaigns of animal groups by using all the tricks in the social media book, and invent some of their own along the way, like “sealfies.” Seal meat is a staple food for Inuit, and many of the pelts are sold to offset the extraordinary cost of hunting. Inuit are spread across extensive lands and waters, and their tiny population is faced with a disproportionate responsibility for protecting the environment. They are pushing for a sustainable way to take part in the global economy, but in opposition stands an army of well-funded activists and well-meaning celebrities.” – National Film Board of Canada

Been working on a fun project translating famous movies into icons. Here are a few of my favourite ones, check out the app for movie lovers here

MovesTO is an app for movie freaks, and I have the lucky privilege of making some of the poster art for the movies they cover. Ill be updating the Behance Gallery as I finish more assignments, but here are a few examples

RJJune 9, 2016November 28, 2016
Craft Ontario has over 1,500 members (representing craftspeople, designers, educators, collectors) and through their guides, catalogues, events and various collaborations reaches over 10,000 people a year. To celebrate Craft Ontario’s 40th Anniversary I was commissioned to create an illustration for the annual members show and market this fall.
To represent allllll the forms of crafts and makers, it was agreed very early on this piece would be comprised mainly of hands, tools, and items. Although it would be impossible to include everything and everyone, I tried my best to get as much stuff in as tasteful as possible.
Learn more about Craft Ontario and how they support Canadian artists and crafts people here.
RJJune 6, 2016November 28, 2016

Very excited to be selected to showcase my work at Pixel and Bristle’s first design and typography market. I decided to use this event as an excuse to create a new series and promote the event as the first place these prints will be available to the public.

These theme came to me while staying in the studio over the May long weekend sketching while my friends all went away for the weekend. I wasn’t necessarily bummed, but it did bring up a lot of memories from being a kid and going away was a regular thing. These pieces are about the trip there, the long nights, and the break from the ordinary.

Pixel and Bristle Design Market is on Saturday June 25th at the Drake Hotel 1150 Queen St W Toronto. Check out their website for full vendors list and more information www.pixelandbristle.com